It’s Just In Your Head

You are here:
Mental Health 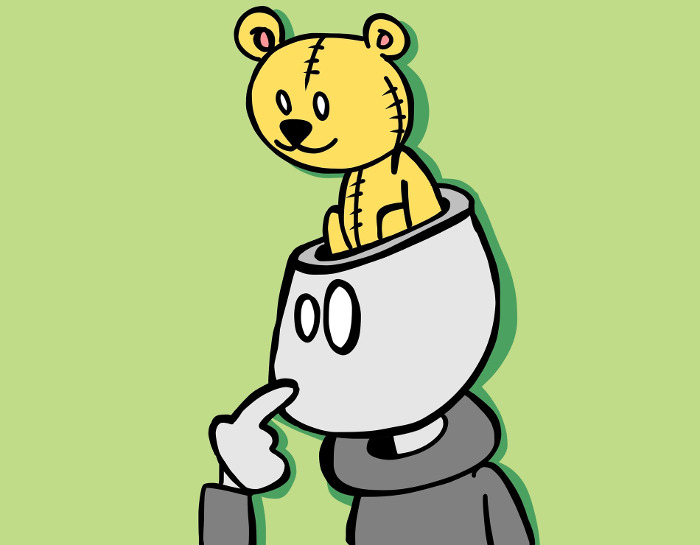 Last week I wrote about thoughts, feelings and sensations which can be inaccurate, irrational, or plain old wrong; and cause us problems.

Here’s the thing. While misleading; they are not trivial.  Trivial stressful thoughts and feelings do happen, of course, and we shrug them off and go about our day.  It’s the un-shruggable ones that cause problems.

It’s a bit oversimplified, but “mental health” could be viewed as the ability to shrug off the misleading thoughts and feelings which push us into states of distress.  (Here’s a more detailed explanation of mental health, with a free “meter” to rate yours.)  Living with stubborn and ongoing states of distress drives people to make desperate choices, like calling a therapist.

Unfortunately, it’s not uncommon for people living outside the mind of a distressed person to question the stubborn-ness of the problem(s).  Elsewhere, I wrote about the popular move of telling someone gripped by anxiety, “Relax, there’s nothing to worry about.”  This is a waste of breath. Furthermore, because anxiety (and other mental health problems) can be distressing, painful, and incredibly hard to shrug-off, a statement like this can really add insult to injury.

There’s another phrase which is even worse.  It’s pretty common, and many people I work with have been hurt by it.

Ummmm.  Yeah.  Where else would thoughts and feelings be, exactly?  In your pocket?

So it’s an inherently ridiculous statement.  In addition, it is neuro-physiologically wrong.  We are not just heads, floating around in mid-air.  Heads are attached to… well, you know.  The brain is connected to the nervous system, which has branches extending throughout the entire body.

Image by Alexas_Fotos from Pixabay

Thoughts and feelings do not cluster inside the brain, whispering to each other, “Careful!  Don’t go out into the neck!  We don’t know where it goes.  Anger went storming out there on Wednesday and he’s still not back!”

At the very least, to be accurate the phrase should be, “It’s just in your body.”

OK, ok.  I know that’s not the point of the statement.  Let’s be honest, the point is — far too often — to insult.  It’s used as a verbal slap in the face, which implies ideas like:

Sigh. I’ve written about the perils of ego and I need to practice what I preach.  I’ll confess that I’m not holier and better than everyone else.  I’ve thought and said, “Relax, don’t worry,” and even (gasp!) “It’s all in your head.”

As I wrote this blog, I felt more and more regret about that.

Image by mohamed Hassan from Pixabay

I didn’t mean to be insulting; I’m sure lots of other people have said it without intending to be mean.  But that’s the thing about a statement like this.  It succeeds anyway.  Regardless of intentions, the person it’s said to may still feel belittled, hurt and quite possibly ashamed.

I’m going to try to be more careful with phrases like this.  Who’s with me?