You are here:
AnxietyMental Health 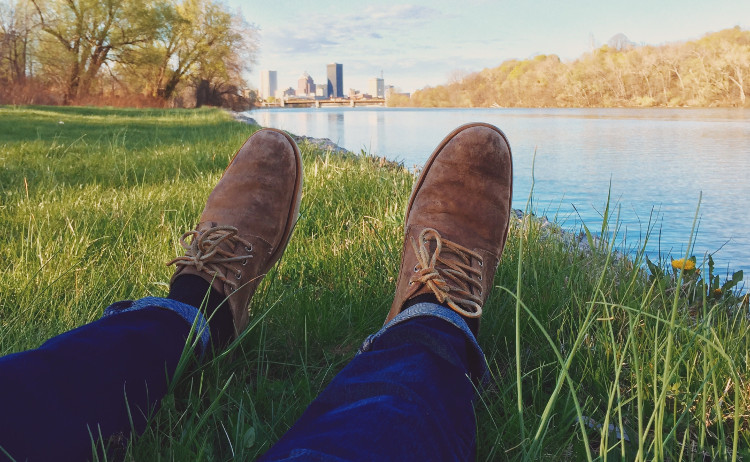 Calm itself can be quite pleasant.  The young folk might use the word “chill” (or at least they did at some point; I can’t keep up with trendy language, which seems to change at about the same rate I change my socks).

Unfortunately for some people a state of calm triggers other things, which are not at all pleasant.  So calm is hard to tolerate, because of what it can lead to.

For the past two weeks, I looked at how destructive worry is; yet how hard it is to ignore.  Think about the saying, “It’s too quiet.”  Any parent of small children understands this.  That moment when you realize that it’s been blissfully silent for a couple of minutes; quickly followed by a jolt of suspicion, as you wonder what your kid just destroyed and/or whether they have somehow lost consciousness.  (The same phenomenon holds true for my family’s weiner dog; but that’s another story.)

Dr. Stephen Porges has studied the vagus nerve for decades.  This is a big and influential nerve connecting the brain and the gut.  (When we talk about “a gut feeling,” the vagus nerve is probably involved.)  It helps with state regulation; up-regulating and down-regulating our body’s state.  In other words, freaking-out or chilling-out.

It doesn’t really have an on/off switch we can click.  (Or a dimmer switch, for settings in between the extremes.)  The vagus (and all the bits of the brain and nervous system which work hand-in-hand with it; it would be more accurate to say “the nervous system” as one nerve does not operate on its own) does its thing, and it’s a bit stubborn and strong-willed.  Just because we want to relax does not mean the vagus and its nervous system friends will cooperate.  It might just decide to ring alarm bells, whether we like it or not.

Image by Dimitris Vetsikas from Pixabay

To quote the good doctor, it’s like the nervous system says, “I’ve been fooled before.  I’m not going to be fooled again.”

It’s Just Not What I’m Used To

Another reason for this tolerating calm difficulty is quite simply not being used to it.  Numerous people I have worked with have told me calm feels strange; as they are used to chaos and stress.  When you have lived in a high-adrenaline state for a long time, a state of relaxation and calm is unfamiliar.  It feels weird.  Maybe dull and boring.  Pandemonium starts to look attractive, because it’s familiar and exciting.  In a way, it seems safer than feeling calm (seems being the key word).

So… how exactly then, does one tolerate calm?  Tune in next week to find out!  (Ooooh! A cliff-hanger ending!  See how I’m not forcing anyone to tolerate calm?)