Emotions Are Our Friends 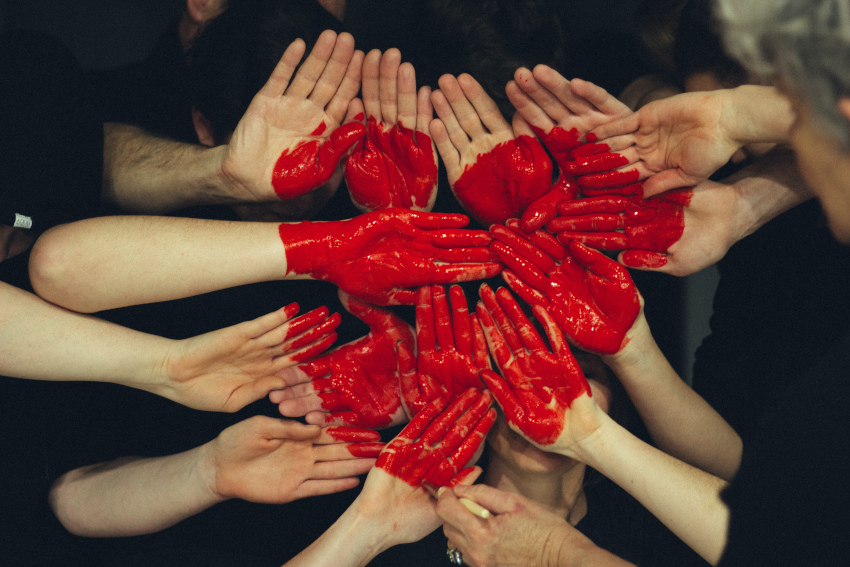 In one of my dubious attempts to join the 21st century, I’ve been listening to a podcast.  In it, psychiatrist Dr. Jeffery Smith makes a bold assertion: all problems which bring people into psychotherapy stem from affect avoidance.  Loosely translated (very loosely, I’ll admit) this means emotions are our friends, and dodging them causes problems.

For the past couple of decades, emotions have been in the spotlight with the whole “Emotional Intelligence” thing.  It seems to have become one of those concepts with unquestionable goodness.  Like eating enough veggies.  Emotional intelligence apparently involves an impressive list of benefits.  Heck, it has even been described as a virtue!

Image by succo from Pixabay

A virtue!  Think about that.  When I do, visions of saints and angels fill my mind along with some of the epic, hauntingly beautiful sort of music which has been terribly overused in advertising.  (Although I gotta admit – a bit sheepishly – that I totally love this particular over-the-top gem.  You’re welcome.)

Let’s hear it for emotions!  Yay!

OK, ok.  Not so fast.  I know… lots of people would consider me crazy for saying emotions are our friends.  I myself often find it unbelievable.  Doc Smith says problems arise from avoiding emotions.  Why do we avoid things?  Not because they are seen as friends.  We avoid things which seem suspicious, unpleasant, and even outright dangerous.

So really, we’re talking about the negative emotions here.  This psychologist fella says that rates of stress, depression and anxiety are on the rise, and in his opinion: “the central reason… is that people seem deeply confused about the nature of negative emotions and how to process them.”

Pretty similar to what Doc Smith is saying.  It is not an unusual or outrageous idea.  I have even referred to somewhat related ideas in previous posts, like this one and that one.

Image by André Santana from Pixabay

It might even seem like common sense to avoid negative feelings.  Why the heck would anyone want to dive into them?  In Canada (where I live) and other wealthy — aka entitled — nations, pain and discomfort are generally viewed as something to be fixed, if not utterly destroyed.  Our pampered lives are devoted to comfort, convenience and the pursuit of feeling good.

I don’t think I’m exaggerating to suggest we consider discomfort to be wrong.  We shouldn’t have to feel it.  It’s our right to not feel it.  If we do feel it, it must be a sign of something bad.  A disease perhaps, or some kind of moral failure (not necessarily our own; it’s so much nicer to blame someone or something else for our discomforts).

If you google “quotes about suffering,” you’ll get a long list of absolutely heroic memes, featuring poetic language to say really deep sounding things about suffering.  Scanning through them, I got a vague sense that suffering is really important and maybe even a doorway to becoming a better person.  Or something.

Wow.  For something so big and meaningful, we sure do go to tremendous lengths to avoid it.  Famous Canadian and very deep sounding dude, Dr. Gabor Mate, says that addictions (whether we’re talking about heroin use or spending too much time on your phone) all stem from “a disconnection from the self and from our bodies and our gut feelings… the inability to be in the present moment because the present moment is too painful.”  (See? I told you he sounds deep!)

As you probably know from movies and other media coverage, the consequences of addiction can involve loss of employment, destruction of close family relationships, and even death.  That seems like a pretty bad trade-off for avoiding emotions.

You see, it’s all very simple!

To my knowledge, nobody in human history has ever died from feeling negative emotions.  On the other hand, Doctors Smith and Mate (me too, for what that’s worth) are saying avoidance and disconnection from negative emotion can be real bad news.

So at this point, it’s kinda tempting to do that thing.  You know that thing.  I’m talking about jumping to a conclusion.

This conclusion might be summarized by the phrase oft heard in film, and amidst gatherings of the male persuasion: “Suck it up, buttercup.”

After all, if avoidance of feelings leads to problems, and if letting ourselves feel them cannot kill us, then it kinda seems like we should stop whining and just face them feelings.

Ha!  To quote a man by the name of H. L. Mencken — maybe I shouldn’t quote him, as Wikipedia says he might have held some sketchy views… but I’m gonna anyway because the quote is awesome:

“For every complex problem there is an answer that is clear, simple and wrong.”

I’m a male.  I’m very familiar with the “suck it up, buttercup” philosophy, which was like a religion in the school yards and locker rooms of my youth.  This tough guy approach to life is not about facing emotions.  It’s the opposite.  Emotions turn the knees of many tough guys (and girls for that matter; this isn’t limited by gender) to jelly.  I mean, if anyone can just force themselves to experience all the negative emotions, that’s great and I’m all for it.  Please go ahead and do so.

Or, not so simple…

You’ll notice Dr. Mate’s quote does not use “choice” or any of its synonyms.  Rather, he uses the term “inability”.  This suggests that it is a bit more than simply deciding, “OK, from now on I’m going to fully feel all of my emotions!”  Listening to Doc Smith’s podcast, he says it repeatedly: getting to the point of experiencing negative emotions is super-mc-freakin-duper hard.  (Ok, I paraphrased him; but that’s the gist of it.)

Emotions are our friends.  Sort of.  Maybe.

I suppose they might be like a friend I borrowed $10 grand from 3 years ago, and now can’t or don’t want to pay back.  Or maybe a friend who is brutally honest and keeps telling me stuff about myself which I really don’t like or want to hear.

Stay tuned as I bravely try to explain how we might do this very, very, very (etc.) difficult task of not avoiding our friends, the emotions.