What Exactly Is Emotion? 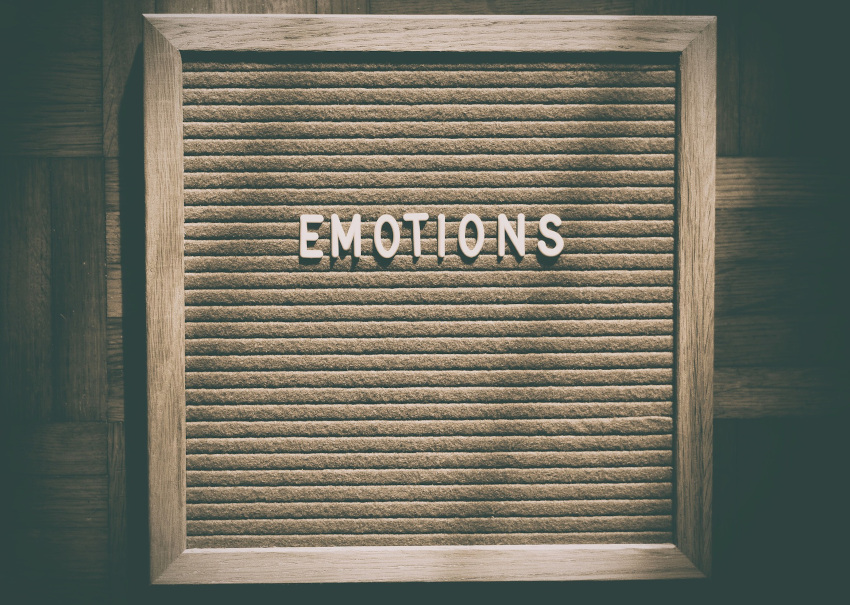 Happy New Year!  Time for me to kick-start my blog; which the frantic pace of the last few months sidelined.  Gonna start with a series on emotion, because I realized after a year+ of blogging I haven’t talked about it!  What kind of therapist am I?  Let’s start with the question, “What exactly is emotion?”

Think about it.  Can you answer that question?  And just to be clear, you can’t use, “It’s a feeling.”  That’s not an answer; that’s a synonym.

Image by Sammy-Williams from Pixabay

A fine synonym, mind you.  Goodness knows, we therapists are fond of asking about feelings.  There’s an old joke which parodies therapists simply by striking a serious-looking pose and asking, “How do you feel about that?”

Anyway, continuing down the synonym path, I searched “emotion” on good old thesaurus.com and of course “feeling” was high on the list.  A few others jumped out at me, too:

Let me ask a different question: “How do you know you’re feeling an emotion?”

“I just know,” is what I often get in counselling sessions.

Makes sense.  Most of us “just know” when we’re feeling an emotion; joy, sadness, fear, anger, disgust.  (Sound familiar? Yes, I admit I’m using the colourful little “Inside Out” characters.  It’s actually a great portrayal of emotions and how they work.)

Side note: it’s hard to explain the ecstatic response of therapists, when this movie came out.  When I had not seen the movie yet — many months after its release — colleagues began to pressure me.  It got to the point of shaming.  Watching this movie had become some kind of sacred duty for therapists.

Back to the point.  We “just know” we feel sad; but how?  There’s no sadness indicator light blinking on the back of our left hand.  There’s no inner voice which — in one of those smooth narrator voices from an ad or documentary — announces, “You are now feeling sad.”

There are however, sensations.  For example, tears are a dead giveaway for sadness; but even before the salty drops slide down our cheeks, we know they’re coming.  Sensations happen in the eyeball neighbourhood.

These are hard to describe.  What I feel is like a kind of tingling.  A sense of fullness in the lower eyelids.

Image by Free-Photos from Pixabay

Even without tears, there are other sensations announcing sadness.  A common one is tightness in the throat.  Maybe an overall sense of heaviness; like one of those weighted blankets has been draped over you.

“Drive” was the second synonym.  Did you know each emotion has an “action tendency?”  In other words, emotions come with a bit of an urge or drive.  Note the term “tendency.”  It’s quite possible to resist the urge.

With sadness, the action tendency is an urge to get comforted.  We might want to turn toward a loved-one for a hug.  Again, it’s a tendency.  A fair number of people — often male — resist this particular urge.  Others turn toward ice-cream, rather than a loved-one.

Image by ErikaWittlieb from Pixabay

The action tendency for anger is quite different from sadness.  When angry, we feel energized and the urge is not for a hug, so much as a headlock.

I Have a Gut Feeling About This…

OK, the “gut reaction” synonym is technically about sensations.  I’m giving it a separate section, because the sensations from the gut are particularly strong.  That’s because the brain and the gut have a direct nerve connection; a kind of superhighway between them.

Image by Franz W. from Pixabay

Fear is commonly signalled from the gut.  This is such a strong response that I doubt I really need to explain it.  All I have to do is mention it, and everyone immediately knows what I’m talking about.

The last synonym on my list is “sentiment.”  In addition to an action tendency, emotions have a need.  This need — which might be called a sentiment — is a felt sense with meaning.  It quickly blossoms into thought.

Which totally brings me back to the diagram on my website — probably the first thing I put on my site — explaining the point of counselling.  The triangle explaining the interconnection between emotion, behaviour and thought.

In other words, they’re all linked.  Emotions have a feeling component (sensations), a behaviour component (action tendencies), and a thought component (need).

So… what exactly is emotion?  It is an essential part of our human experience; which includes feelings (sensations), behaviour (action tendencies) and thought (need).

Thus begins my series on emotion.  How do you feel about that?

I’m Going Back
July 19, 2020
call_or_email Call or email Chris for an initial consultation.